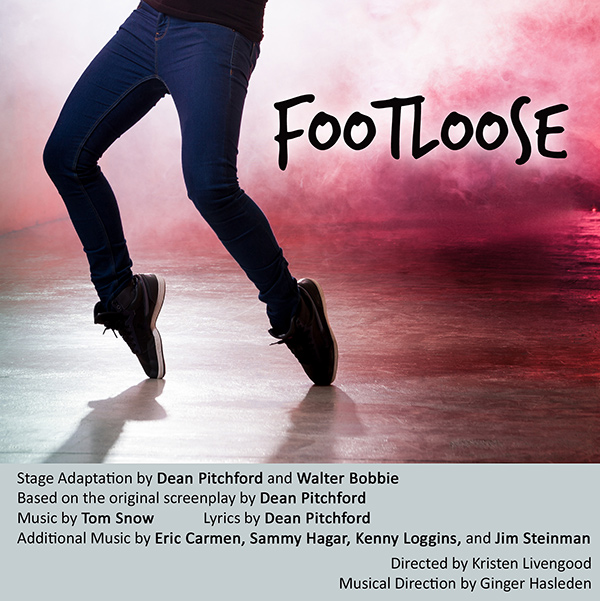 Based on the 1984 film of the same name, Footloose features music by Tom Snow (among others), the lyrics by Dean Pitchford (with additional lyrics by Kenny Loggins), and the book by Pitchford and Walter Bobbie.

When Ren and his mother moveÂ from Chicago to a small farming town, Ren is prepared for the adjustment toÂ his new high school. What he isnâ€™t prepared for are the local lawsâ€”including a banÂ on dancing. The Reverendâ€™s rebellious daughter sets her heart on Ren, her boyfriendÂ tries to sabotage Renâ€™s reputation, and the locals are eager to believe theÂ worst about the new kid. With its Oscar-nominated hit score the celebrated film musicalÂ now bursts explosively onto the stage.