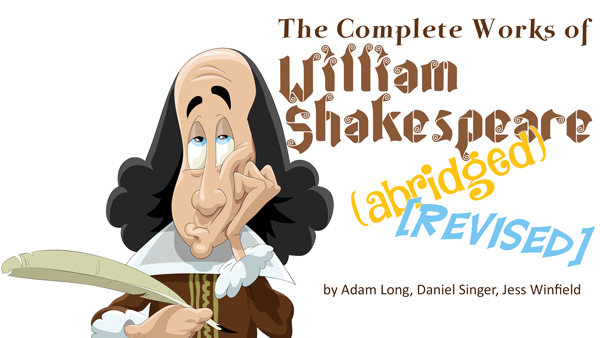 The cultural touchstone that is THE COMPLETE WORKS OF WILLIAM SHAKESPEARE (ABRIDGED) was born when three inspired, charismatic comics, having honed their pass-the-hat act at Renaissance fairs, premiered their preposterous masterwork at the Edinburgh Festival Fringe in 1987. It quickly became a worldwide phenomenon, earning the title of Londonâ€™s longest-running comedy after a decade at the Criterion Theatre. Featured are all 37 of Shakespeareâ€™s plays, meant to be performed in 97 minutes, by three actors. Fast paced, witty, and physical, itâ€™s full of laughter for Shakespeare lovers and haters alike.